Baigan isn’t the most popular vegetable. Brinjal is religiously shunned by children and several of them who never try it also dislike it as adults. But on the other end of the spectrum are Baigan lovers. From bharva baigan to baigan fry to baigan masala to baigan bharta, the dishes that this vegetable has to offer is relished as a delicacy.

The eggplant, which is also referred as Brinjal in India is said to have got its name from the saying ‘Bay gunn’ which literally means one without any positive traits. In earlier times, people may have identified that the vegetable did not have much calories and hence did not provide energy to the body. Contrary to this, Brinjal is rich in protein, iron, calcium, minerals and dietary fibre. Because it is low in calories, it is great for people who re dieting and want to lose weight in a healthy way without compromising on taste. In fact, even if you sauté eggplants with olive / mustard oil and a little salt, it makes a great nutrition addition to your food. Which is why brinjal is also a popular addition to lasagna which brings down the calorie value of the dish and gives it a healthy twist.

With baigan masala, we make the spicy Indian version of the brinjal curry. It can be a great accompaniment to roti, naan or daal chawaal. As with all Indian dishes, Baigan masala too can be tweaked to the regional taste’s liking like most Indian dishes. It will have a mustard overload in the eastern cities of India, a coconut mix gravy in south India, a generous addition of green chillies in western regions and a great flavour of red chillies in the north. You can even have the ‘Jain’ variety of the dish by choosing to omit garlic and onions. This Maharashtrian recipe for Baingan Masala uses quite a few steps and effort. But the result is well worth it. The sabji is bursting with a number of classic flavors and will become a sure hit at any meal-table.
Course Lunch
Cuisine Maharashtrian
Prep Time 10 minutes
Cook Time 40 minutes
Total Time 50 minutes
Servings 4 servings
Calories 289 kcal
Author Anju Bhagnari

Peanuts and sesame seeds give a crunch and strong flavour to the masala.

Stuff the brinjals properly and ensure to pack these completely with the masala.

If you don’t want gravy in this recipe, just cook the masala stuffed brinjals in a heavy bottom pan with 2 tablespoon oil and skip the remaining steps of the recipe.

Gravy is specially required if you intend to eat the brinjals with the rice. In north indian recipes, brinjal is generally cooked without the gravy.

Don’t move brinjals too much after adding the water, else masala will come out and mix with the gravy.

You can use this recipe with all type of brinjals, but only requirement is to take small ones as with big ones you won’t get the flavor or the masala properly.

It is best to use medium-sized fully purple brinjals for this dish. Brinjals come in many varieties including the really small ones that are light purple in colour and the really big and fat one (bharta baigan) which is almost the size of your palm and thick. It also has other varieties like the green ones and the thin, long, purple one. The brijal used for curries are generally the medium-to-small sized ones. 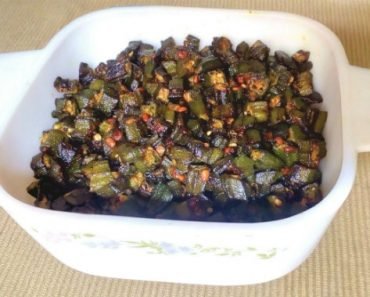 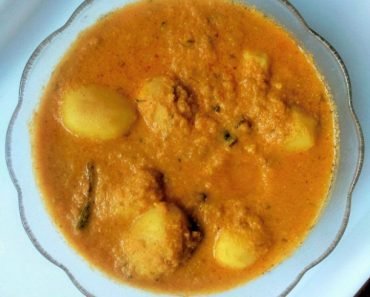 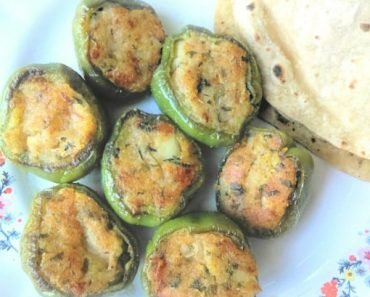