An authentic dish from Rajasthani cuisine, Gatte Ki Sabji is a spicy curry cooked with gram flour dumplings. It is also popular in Bihari cuisine by the name of ‘besani’ which is a little unimaginative as it derives its name from ‘besan’ – the hindi word for gram flour. It is mostly served with either roti or plain steamed rice. Because ‘besni-chawal’ is a popular main course dish, it is generally served without daal and other accompaniments. At other times, you can serve this with a dry potato curry on the side or even some raita.

Gatte ki Sabji can be made in two ways. One where you add onion paste to the gravy and the other way where you can make this subzi with no onion, no garlic. In the latter version, some people even use boiled lauki or bottle gourd to make the gravy. This recipe involves multiple steps and can take a little longer than usual to make if you don’t multi-task and make the gatte and curry at the same time. Gatte ki sabji is often relished by non-vegetarians who think of this as an alternative for days when they don’t have non veg food for religious reasons.

The first step in making Gatte ki sabji is getting the gatte ready. For this, you need to make a firm dough using chick pea flour and the ingredients given below. The dough needs to be then rolled into a cylinder an inch in diameter and boiled until it becomes soft. Post this it can be cut into cylinders which are generally shallow-fried to firm them up a bit and give a crisp outer texture. If you want to avoid the extra oil during the shallow fry, you can try to dry roast them on a tava or toss them into an air fryer for 5-7 minutes after lightly brushing them with oil. You can also use an appm pan and put each piece into a depression in the pan and fry it with just a drop of oil. 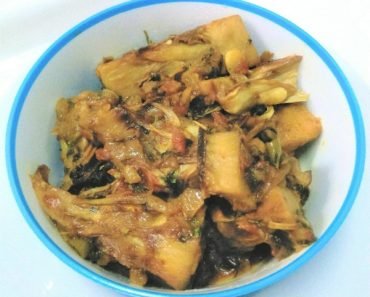 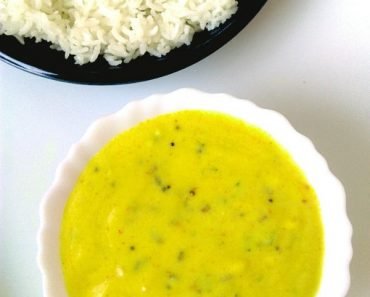 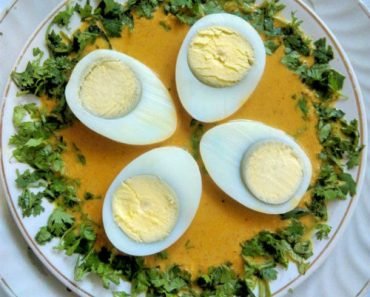