Egg biryani is a dish that is generally served in a handi in biryani specialist restaurants. The quantity in a handi is enough for everyone to have a satisfying meal, especially since no one can stop with the first serving. Loved by non-veg lovers of all types and even those vegetarians who eat only egg (eggitarians?!), egg biryani is a great pot dish for any season and occasion.

Just like all other biryanis, there are many styles of egg biryanis too. You have the regular one which I am sharing here. This can be made without a lot of vegetables and just with tomatoes and onion. This biryani can be made in a pressure cooker, or rice cooker too.

One of the key ingredients in a biryani is the biryani masala – the mix of spices that give flavour to the whole dish. Biryani masalas from various brands are easily available in the market. Some come pretty close to giving good flavours but others don’t. You’ll have to experiment to see what works for your tastes. The next best thing to do is make your own biryani masala before you get started. I am not using any special masala in this recipe. 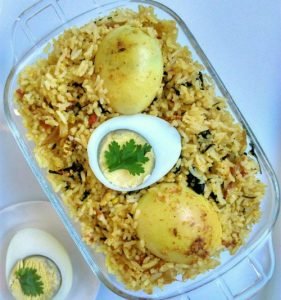 According to the quantities mentioned in the recipe, you can use around 4-5 eggs for 4 cups of boiled rice. But if you are expecting more people, you can increase the quantity of eggs if you wish.

The last important tip for a good biryani is knowing how much water to add, especially if you are making it in a pressure cooker. You’ll have to turn off the gas just before the first whistle blows and the cooker is in full pressure so that the rice doesn’t smush up. 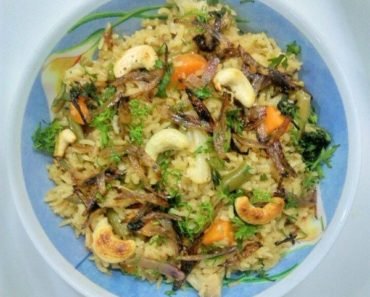 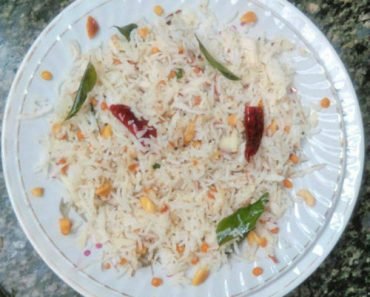 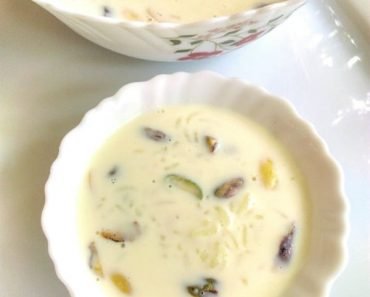 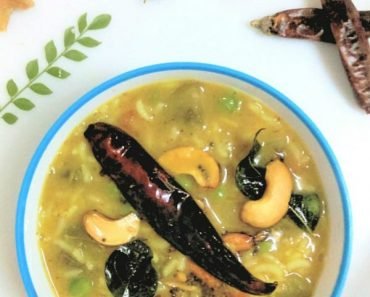 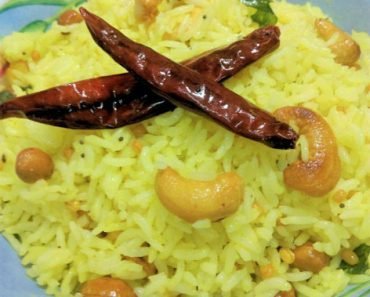