Many of you will be surprised to know that Idli is not only a popular dish of India but it has also gained popularity in the international cuisines!

So what is idli?

Well, idli is a very popular steamed cake like dish which is made up of rice and de-husked black lentils. Almost every restaurant in India will have idli in their main course list. And idli is not a junk food. It is indeed quick and easy to prepare and is also full of nutritional benefits.

In this article, we are going to discuss the types of idli batter, how is idli made, types of idli maker and the nutrition in idli.

How is batter made?

Batter simply means a semi-liquid mixture of something. So, if you want to make batter for idli then you will need the following ingredients-

Though idlis are quick and easy to prepare but the preparation of the ingredients is a time-consuming process. You will have to wait for 5-6 hours after preparing the batter.

c.     Take ¾ cup flattened rice in a bowl and rinse it with water.

d.    Now add the flattened rise to the earlier mixture of regular and parboiled rice and leave it for 5-6 hours. Add salt as you require.

e.     Do the same thing with black lentils(dehusked); soak them in water and leave it for hours

f.     You can either grind the mixture of rice and lentils together or in parts. Your batter is prepared.

It would be better if you prepare the batter at night and leave it overnight and then use it next morning for idli preparation.

How is idli made?

Once you have prepared the batter and left it overnight, the next step is to make your idli maker ready for steaming the batter. Add some water at the bottom of the steamer and then let it boil. Once the water starts boiling, pour down the batter into the idli moulds. And wait till the batter solidifies and becomes spongy. Your idli is prepared. If you like you can also fry those idlis in oil and serve with sauce.

Generally, people like to have sambhar with idli. Sambhar is also a south Indian dish which contains vegetables and lentils. Some people like to prepare separate gravies using onion, tomato, spices, turmeric powder and other spices that are required for cooking chilly chips. Then they mix the idlis with the gravy and serve.

Here are a few Idli recipes which you must try.

Just like momos have a special utensil for preparing them, idli too are prepared in idli maker. There are several idli makers available in the market like aluminum idli maker or steel idli maker. If you have a microwave, then you can also buy a microwave idli container for preparing your idlis in it. Idli makers aren’t that expensive, you can get the maker easily in the price range of Rupees 300- Rs 1000 depending on the type of material used in building it.

Don’t you want to know what benefits can idli provide you with? Well, you might have already guessed that it contains everything that rice and lentils contain. One idli piece contains about 8 grams of carbohydrate, 2 grams of protein and 2 grams of dietary fiber. There are 35 calories in one idli piece. Idli also has vitamin b in it. Idli is generally served with coconut, tomato and onion sauce along with sambhar (a type of soup). So, along with the benefits of rice and lentils you can also get other nutritious benefits from tomato, onion and coconut. One good thing about idli is that it does not contain any saturated fat. You can also get trace amount of iron, calcium and vitamin A in it. Idli contains low sodium and therefore it can be considered a heart healthy food as well.

Idli can be either made with white rice or brown rice. Some people also prefer using rava for preparing idli. Idli is considered healthiest when prepared using brown rice or wheat rava because brown rice and wheat rava are considered healthier than white rice. If you have not heard of rava then rava is a wheat product made up of ground husked wheat. It is commonly used in South Indian cuisine. Rava idli is good for diabetic patients as it is made up of whole wheat. The most common types of idli batter can be prepared using ground white rice, brown rice, semolina (suji), rava and boiled rice. However, adding water, yeast, curd and salt remains common in all types of idli batter. Places with high temperatures do not require to add yeast also as the batter rises itself!

Idli is a tasty and light dish and is generally considered a breakfast dish in South India. But there aren’t any hard and fast rule for that, you can have it anytime you want! 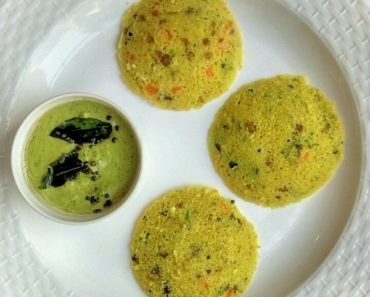 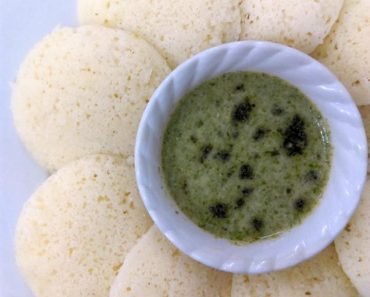 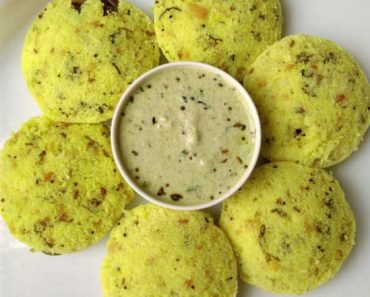